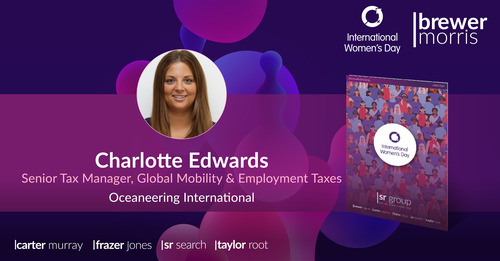 A woman’s perception of leadership begins not with academic success, her first big break or when she finally obtains a position of power. The trajectory to female leadership starts much earlier and is defined by key influences throughout life. Kamala Harris’ appointment as Madame Vice President marks a watershed moment for women’s leadership, ushering in a new era of possibilities. While women are making great strides in business, academia and government, we remain woefully underrepresented at the highest levels of leadership. It is the disappointing reality for myself and millions of women like me that the norm is to work in an environment where up to 70% of the workforce can be female but less than 10% of the top level of leadership are. We know that one of the biggest obstacles preventing women from reaching senior positions are gendered stereotypes about leadership – namely, that women are not a good fit for leadership. To overcome these stereotypes, women have to prove they have what it takes to be strong leaders in ways men do not. Yet in doing so, women can face backlash because people perceive them as being too assertive, angry or, as Kamala Harris has been described, ‘too ambitious.’ It is the classic catch-22 situation that women must overcome as they strive to lead. Fixing this requires trying to undo centuries worth of societal stereotypes about gender, race and leadership that create these biases. Yet, the election of Kamala Harris sets the stage to break down barriers, and as we become familiar with a multi-racial woman occupying the second highest office, our collective image of what a vice president looks like and sounds like will begin to broaden and change and inspire not only the next generation of female leaders, but also those already there as they recognise someone more like them in a powerful position.

Despite the great strides that have been made for gender equality and the increased focus on female leadership, we still aren’t talking about our success and achievements enough. A LinkedIn study showed that women talk much less about their success than men, their profiles are generally shorter and even when looking at similar jobs and skill levels, women include 11% less of their skills than men on their profiles. And we’ve all heard the mindblowing statistic that men will apply for a job when they meet only 60% of the qualifications, but women apply only if they meet 100% of the criteria. I can only speak to my own experiences of why this is, but I don’t doubt that there is a commonality for women as a whole. Societal norms expect women to be modest and nice and this is drummed into us from a young age. Over the course of my career there have been instances when I have acted no different to male colleagues who are seen as strong and confident, but I have been told I am arrogant and aggressive and to be “a little less me”. To put myself out there as self-confident and deal with the fact people may like me less as a result is scary, but if I don’t believe in myself and my own abilities then how can I properly lead my team? Success deserves to be recognised and if you’ve earned it then you have also earned the right to talk about it. We need to stop stereotyping strong women as difficult, just as we need to stop stereotyping men who are caring and supportive as less than. Only then will we move towards a world where you are judged based on your abilities and successes, rather than your gender, race or sexuality.

Why is it important that we “choose to challenge” and call out gender bias, discrimination and stereotyping?

At the most fundamental level, calling out gender bias, discrimination and stereotyping is the right thing to do, but diversity and inclusion also offer a strategic advantage, especially at the leadership level. Now more than ever, we are living in a world defined by complexity, disruption and change. Today’s most successful businesses, governments and organisations are those that bring diverse perspectives and experiences to each new challenge. That is why it is critically important for us to look at the challenges women often face and clear the path for talented and dynamic leaders to rise to the top and reap the benefits of doing so – FTSE companies with no women at the board level are 10 times less profitable than those whose executive boards have women holding a third of positions. Talking about it isn’t enough, and whilst we are making improvements the harsh reality is that in 2020 you were still more likely to be a FTSE 100 CEO called Peter than you were a female, and in 2012 there were only 4 female CEOs in FTSE 100 companies; in 2020, that figure was 5. This is why it is so vital that we “choose to challenge” and make things better for not just women, but all that suffer bias, discrimination and stereotyping in trying to achieve positions of leadership that they are more than capable of doing.

Click below to read the full edition of IWD2021 #ChooseToChallenge: Female Leaders Across The Globe.https://indd.adobe.com/embed/bb2678fd-fafb-4e5f-b57b-bbe97612e7cf?startpage=1&allowFullscreen=true